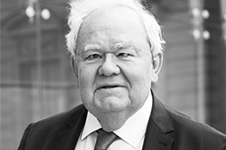 François Godement is Institut Montaigne’s Senior Advisor for Asia. He is also a Nonresident Senior Fellow of the Carnegie Endowment for International Peace, and an external consultant for the Policy Planning Staff of the French Ministry for Europe and Foreign Affairs.

Two surprise news recently came in. Firstly, China’s export bonanza that amplified with the pandemic has now resumed. Secondly, China’s LNG and even overall oil imports are declining, as the country shifts back to a domestic low-cost energy. These developments, against the background of the previous few months’ sharp economic downturns, but also of China’s previously successful economic path through two years of pandemic lead to some observations on China’s current and future economic path.

What is the long-term vs. the short-term trend?

Distinguishing short-term events from long-term trends in China’s economy is hard. China’s return to a low-cost energy mix and its moderate depreciation of RMB signify that China is not among the causes of the worldwide energy price rise. China’s decisions to turn up or down coal mining and usage make a huge difference in the final outcome.

Of course, the 2022 Zero-Covid lockdowns are the main causes of this spring’s economic fall. They have a longer impact on China’s economy than the initial 2020 pandemic. But the trend is again shifting. The sharp May upsurge in exports after three straight months of decline is a welcoming development for the global supply chain. At the same time, the probability of other Covid infections remains, and China might be entering an era of recurring lockdowns.

The pandemic remains an exogenous shock to the economy, with sharp but time - limited effects. Endogenous factors - low and declining return on capital, declining demography and labor force, rise in total debt and a forced ending to real estate based growth - are likely to prove much more enduring.

There has been a confirmation bias for many economists invested into China’s interrelation with the global economy. They have long argued the need for massive structural change in China’s political economy and deduce easily that events are going to force a reformist outcome. The latest example of this has been the interpretation of Prime Minister Li Keqiang’s unofficially reported speech extracts, which were seen as Li taking a stand against Xi Jinping and focusing his opposition on economic policy. Such a takeaway is misleading.

Policy corrections happen under the overall authority of Xi Jinping

The Party-state has been pursuing strict Zero-Covid policies at the cost of large human constraints and economic losses. Xi Jinping may have done away with collective leadership. Yet he shares the limelight on difficult policies with other leaders when he needs to deflect potential criticism against himself.

In reality, the speech attributed to Li Keqiang is a careful description and justification for the new 33 "stabilization" stimulus measures launched in May. He praises the orthodox monetary and credit policies of the past two years- while clearly indicating where the gates must open more. Policy corrections are happening under the overall authority of Xi Jinping, but their announcement and fine-tuning are presented by the government.

Regaining two of the three engines of China’s economic growth

As Chinese economists often say, there are three main engines to China’s hypergrowth: investment, exports, and consumption and services. The harsh lockdowns of this spring have simultaneously killed two of them. Investment is the only engine that pulls through the economy.

China has moved towards a policy of more dynamic support. But the bulk of the stimulus still goes to traditional investment projects. More stimulus produces more GDP, but at the cost of "bridges to nowhere", as infrastructures near a saturation point. There is also a newer approach towards innovation, small firms and even issues such as unemployment. This approach, like the traditional investment projects, focuses on the supply side. Almost nothing goes to the demand side of the economy. Thus, China’s central economic policy remains Marxist - based on expanding the forces of production.

The growing risk of a balance sheet recession

Supply-side policies haven’t delivered much result so far for several reasons. One is that cuts in interest rates and in reserve requirements, or easing of credit quotas, have certainly benefited the banking system - and their large corporate debtors. But the funds are hardly filtering to the real economy. The second reason is that recurring and unpredictable lockdowns have made customers shy of spending. The lack of demand is the key contradiction of the Chinese economy. The third factor, which is not often noticed outside China, is an almost non-existent inflation of around 1%. This is not as good as it sounds for the domestic economy.

Overall, there is a growing risk of a "balance sheet recession", a concept introduced by the Nomura economist Richard Koo (Koo Chaoming) based on the experience of Japan’s "lost decade" of the 1990s. Massive liquidity creation then went to precautionary savings and debt repayments but not to business investment or household consumption. In this situation, no amount of monetary or credit stimulus can restart fast growth.

China is still far from the level of monetary creation that Japan reached during its long semi-stagnation. Yet the level of indebtedness has created a sudden fiscal gap. Several economists, whether they cite or not Richard Koo’s conclusion on the Japan of the 1990s, point out that a large fiscal debt and the resulting increase in debt are only viable with "an accommodative monetary policy".

In this regard, two well-known economists, Huang Yiping and Zhang Bin, suggest very different policy paths, which carry their own dangers. The former points to the need for strong capital controls, while the latter suggests a market-based exchange rate mechanism that would spontaneously defuse pressures on capital flows.

The above debate remains ahead of the government’s curve, which is to tilt China’s economic policy towards additional and more targeted support for growth without changing the basic precepts. The first Xi decade has seen economic risks mount in spite of cautious central budget, credit and monetary management. Under Xi, a return to reform and major systemic change is very unlikely. China will not break with the basic tenets of the Party state’s political economy.